Sourness: a taste that divides a crowd. I for one have always been a fan of foods with sour taste profiles. In fact, I'd like to think that my years spent sneaking to corner shops after school to fill my pockets with tangfastics and McCoys salt and vinegar crisps, have helped to develop my palate today.

While sharp tasting foods are often considered to be an acquired taste, many cuisines around the world prize sour foods for their refreshingly sharp flavour and ability to dispell oilyness and arouse the appetite.

The recent ascendance of sour goods on the food scene suggests our palettes may be swaying in a more tart direction. It seems more and more of us are taking up a spot of DIY fermentation; creating gut-friendly edibles from kimchi and sauerkraut to home-brewed kombucha (booch for short). A word of advice: if fermenting is a habit you're yet to take up, make sure you befriend someone who has. Feast Box's very own marketing wizzard come fermenting expert George, treats us from time to time with a homemade crusty sourdough. Life changing stuff.  But aside from the growing popularity of fermented goods, another way in which our taste for sourness has developed is due to the rising accesibility and knowledge of global cuisines. Mouth-puckering delicacies have been adored for centuries in cuisines across the globe. The Chinese were particularly ahead of the game. They've been brewing vinegar for some 3000 years.

Here are some of the world's tastiest sour delicacies:

With a long history of floods, droughts and famines, pickles represent an important part of Chinese cuisine. Pickled food such as cabbage, eggs, lettuce hearts, cucumbers, radishes, and bamboo shoots are made by submerging and fermenting fruits and vegetables in salt or brine. Pickles are traditionally fermented in attractive pickle crocks (as shown below) and usually given as wedding gifts. They're also commonly consumed as a crunchy palate cleanser. Pickle crock pots are nifty inventions. If you look carefully, you'll notice that a water moat is formed around the lid. This means the air is prevented from entering the crock and carbon dioxide gases created during fermentation easily bubble out. 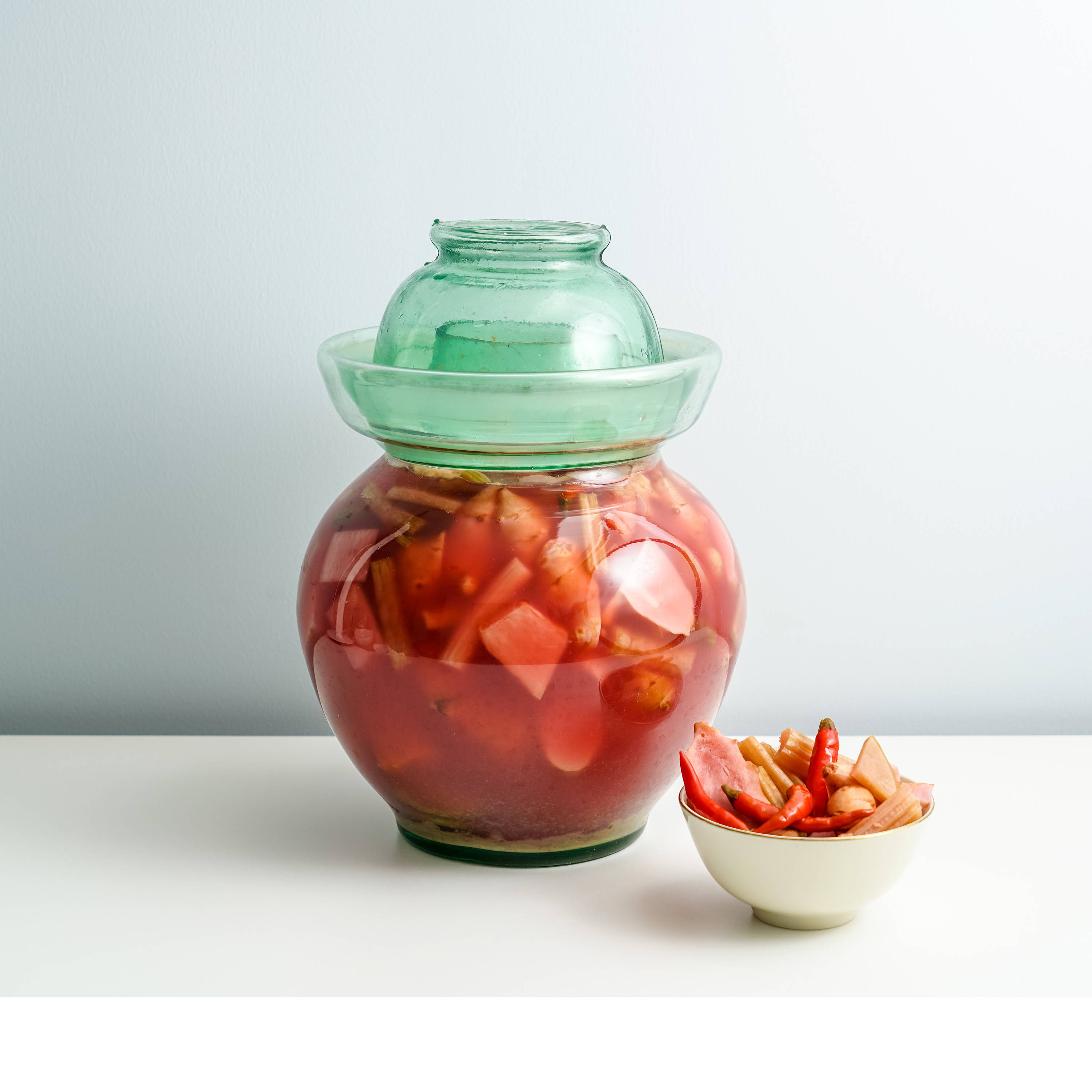 Umeboshi (pronounced oo-meh-boh-shee) is a salt-preserved sour plum. The ume fruit is a close relation to plums and apricots. It contains as much as 3 times a lemon’s citric acid, making it more acidic than any other fruit. The salt-preservation process is what creates the lip-pouting sourness. Umeboshis are a popular side dish and delicacy at Japanese dining tables, as well as being used in cocktails and wrapped inside onigiri 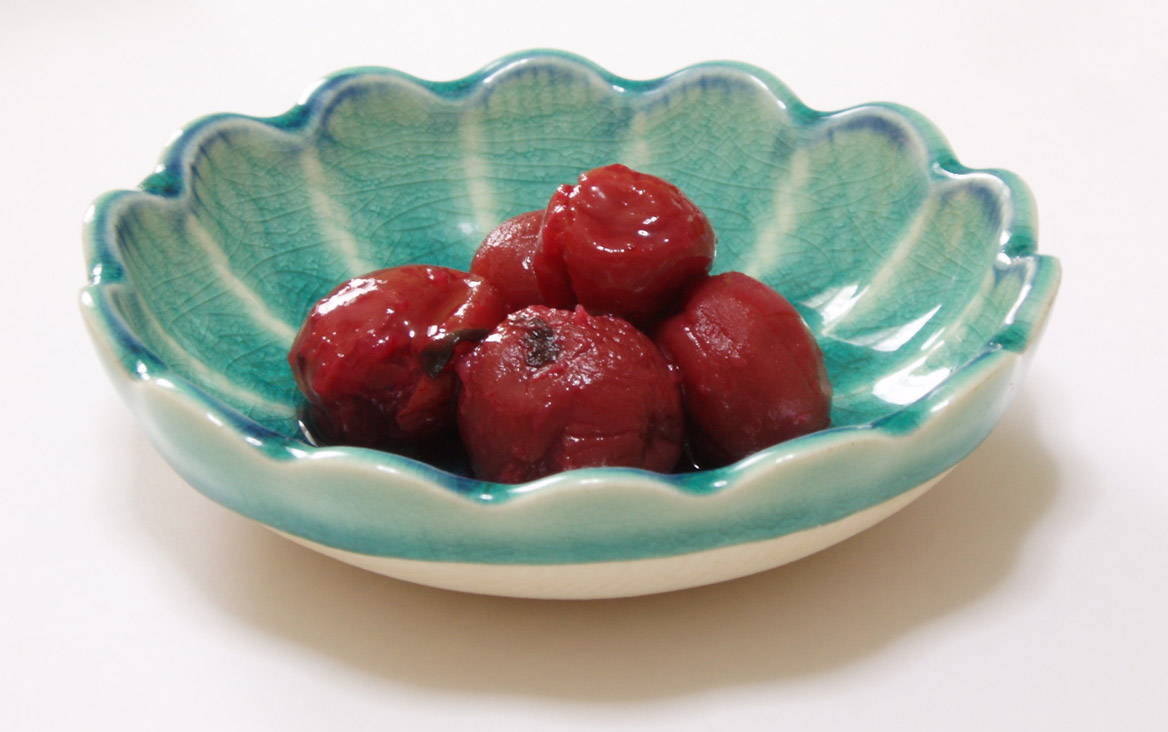 Tamarind is a sour fruit that grows on tamarind trees (surprise surprise), inside a pod. You’re likely to find tamarind in a paste form (which is how we send it to you in Feast Boxes). Tasting a little bit like a sour date, tamarind is often referred to as the Indian date. India is the world’s largest producer of tamarind today. Tamarind can be both sour and sweet, it’s often added to savoury cooking to impart a subtle sweetness to dishes. Try using tamarind in anything from chutneys to desserts. Tamarind is also a key ingredient in Worcestershire sauce. Kimchi
Traditional Korean pickled cabbage. In South Korea, a poor quality batch is said to be a social embarrassment (no pressure). The flavour profile of kimchi is always salty, spicy, sour and bitter. If you're looking to up your cheese toasty game, try adding a spoonful or two of kimchi. Cheese toasties will never be the same again. 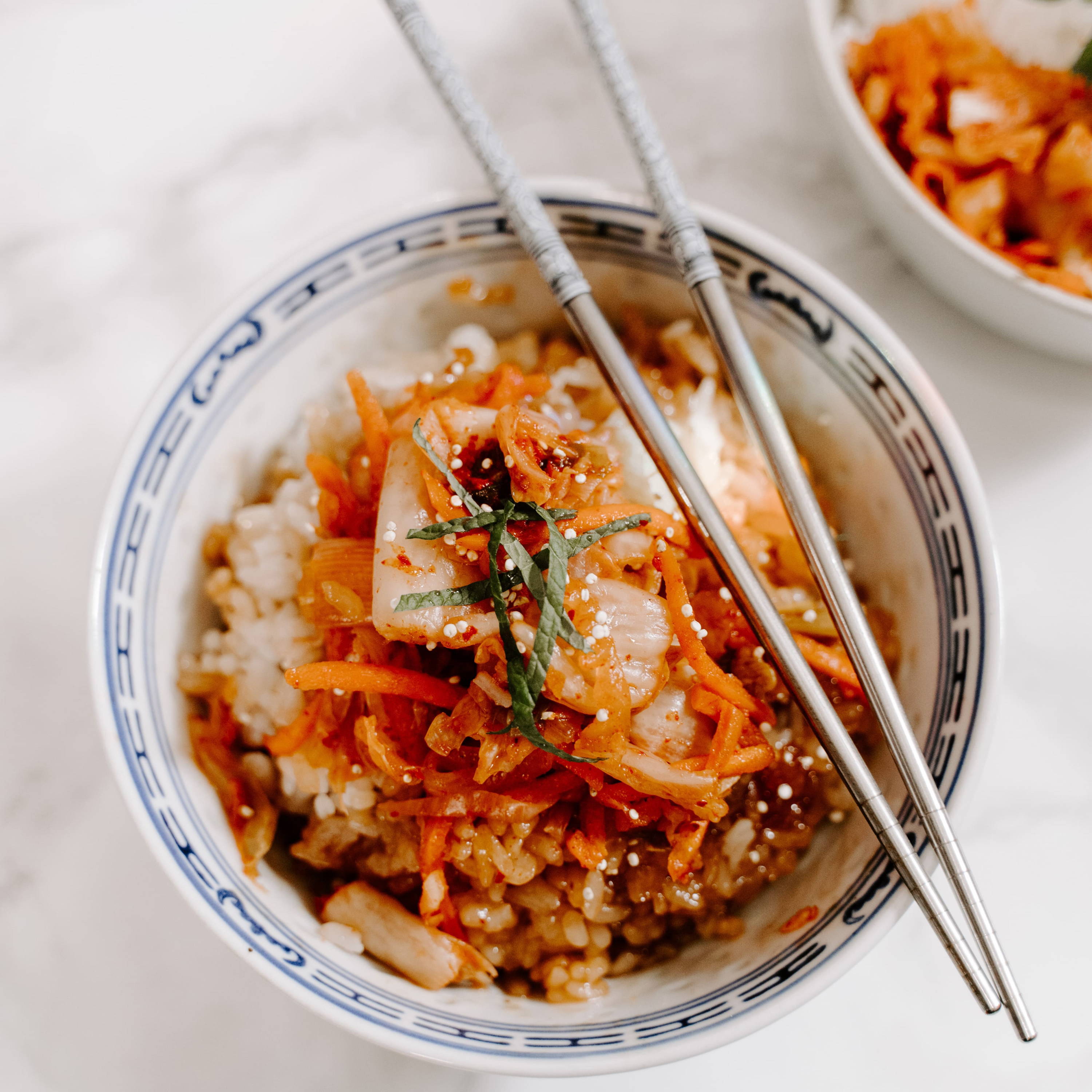 Sumac
Sumac comes from a wild berry in the Middle East. It packs a tarty, lemony, almost vinegar-like flavour. Sumac is used in many Middle Eastern dishes such as Fattoush salad. Sumac also works beautifully as a last minute dusting on top of a lamb chop. 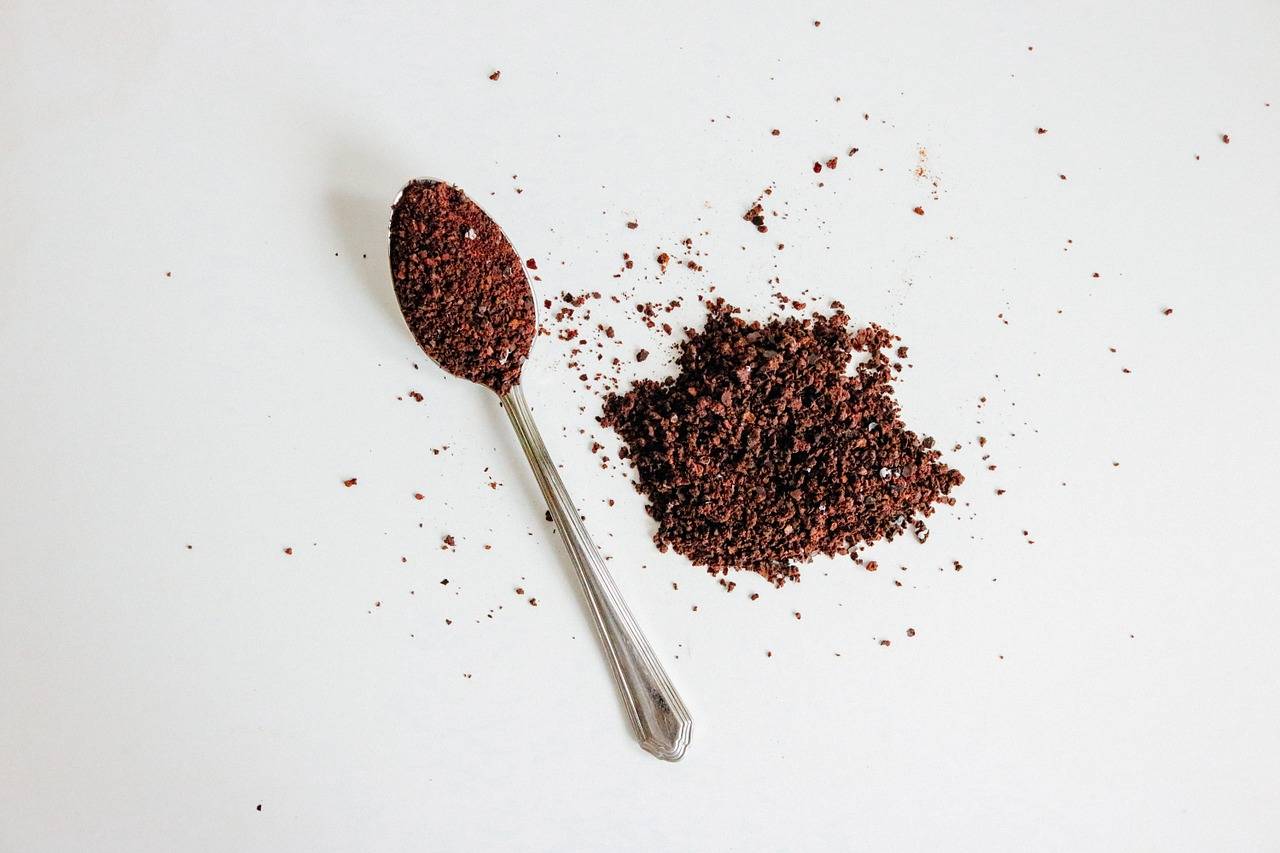 Vindaloo
This dish is defined by it's sourness. In fact, the word vindaloo is a jumbled pronunciation of the Portuguese dish carne de vinha d’alhos (meat marinated in wine-vinegar and garlic). Traditionally, Toddy, a Goan vinegar that comes from coconut sap is used. It's widely believed that the Portuguese were the ones to introduce vinegar to  the Goans

Hot Off The Press

But what is it that actually makes things taste sour? For a long time, sour has been the most mysterious element of the 5 key taste sensations: sweet, sour, salty, bitter and umami.
Our bodies understand sour foods in a different way to rest of the key flavour components. Just last year, scientists identified the protein that detects acidity in food. This protein causes a particular chain reaction which eventually tells our brain that something is sour. 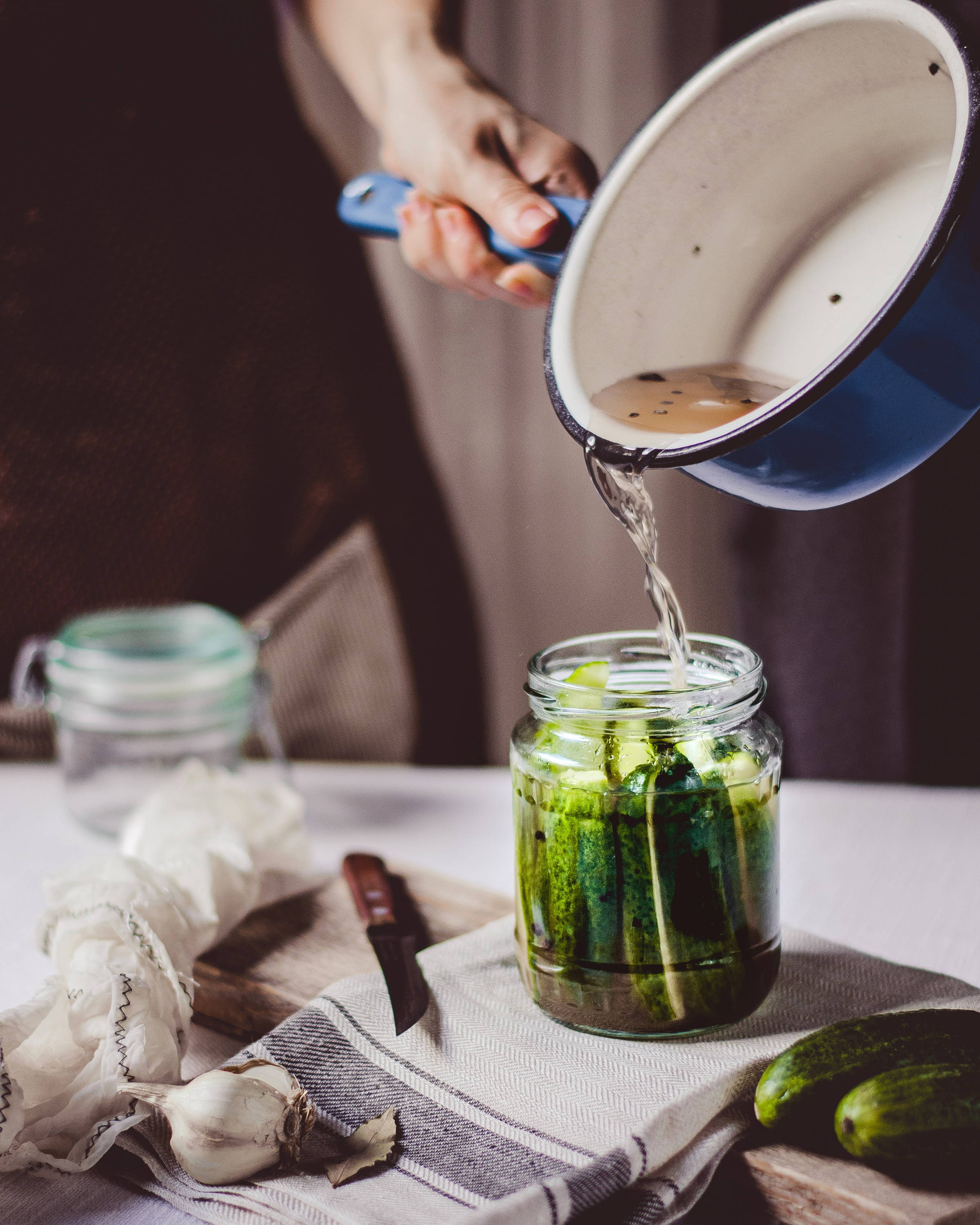 All of the taste elements have a clear evolutionary purpose, except for sour and bitter. We know that sweet things give us energy, salty things give us sodium and umami things are rich in protein. Sour and bitter stand out. Their main evolutionary role is to warns us of potential toxicity, like spoiled fruit for example. Experts believe this is what causes our faces to scrunch up when we eat bitter or sour foods - and often why we get the two flavours confused!